A Community For Stroke Survivors To Share Their Stories And Find Hope For The Journey To Come.

As a stroke survivor, I tend to look at life as being a passenger on a roller coaster. In my opinion, roller coasters like Space Mountain at Disney World provide a unique way to look at life. Life is often lived at a fast pace, sometimes in the dark, and is full of unexpected twists and turns.

This website is intended for people who are either recovering from a stroke, are a caregiver for a stroke survivor, knows someone that has suffered a stroke, or just someone fighting to overcome adversity. Let’s face it when you sit down at the table of life you have to play the hand you are dealt. In a world filled with uncertainty I will shine a light on the stories of hope, perseverance and recovery to make our world more hopeful.

In each blog post & podcast, I will be providing information for stroke survivors and caregivers that offers unique perspectives on recovery and how to stay positive when life just sucks. Also, you will also find the latest research around therapy, nutrition, self care, mental health, and dealing with the roller coaster of life. 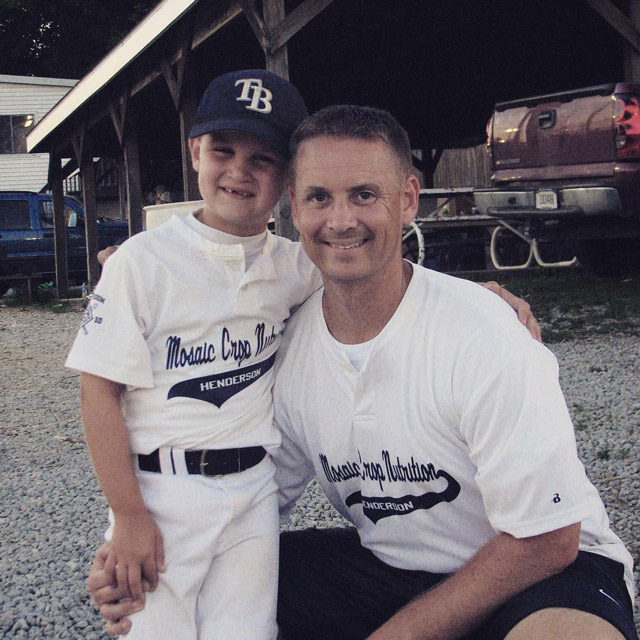 Brian Gardner (@mrbriangardner) is the founder and CEO of Hope4StrokeSurvivors

Brian began his career back in 1997 as a high school Social Studies teacher. In 2002, he moved on to work as a middle school guidance counselor. In 2008, Brian became the Principal of A. B. Chandler Elementary School. In just a few short years, he introduced The Leader in Me process and led the school to become a nationally recognized Lighthouse School by The Franklin Covey Organization. Starting in 2012, Brian worked as a Consultant and Coach for Franklin Covey where he was able to work with and influence Leader in Me schools throughout Kentucky, Indiana, and Ohio.

In 2014, he felt a calling to return to school leadership and was hired as the principal of Cairo Elementary School in Henderson, Kentucky. Unfortunately, his return to the school building was tragically cut short. On July 8, 2014 at the age of 42 Brian suffered a significant ischemic stroke which nearly ended his life. Due to the stroke, he lost the use of his right arm and leg. After 12 months of intensive therapy, Brian was able to return to work as a Compliance Officer at Henderson County High School.

Brian continues to maintain a passion for learning and education. He loves to share his story with others and hopes to use his platform as a way to inspire and motivate others who are trying to overcome their circumstances. He and his dog Zeke continue to reside in Henderson, Kentucky. He may be reached at bwgardner72@gmail.com

Check back very soon for our upcoming podcasts.. Be sure to subscribe to our FREE newsletter for updates and to be notified when new podcasts are released.

Latest From Our Blog